Colin was a scrawny little 12 year old farm boy who moved into a busy metropolitan hub (not really, but it felt like it to a kid from the sticks). Having grown up watching Batman cartoons on Saturday mornings he signed up for all the martial arts clubs in town and so began his serious commitment to martial arts training. Being kind of weedy, he set his focus on also developing himself as an athlete.

Throughout high school, an apprenticeship (aircraft technician), university, a career as a Weapons Safety Engineer and even a year as a house dad, he has always maintained a steady martial arts and fitness regime. He left behind Engineering (he is formerly a Chartered Engineer with the Institute of Mechanical Engineers) to devote his working life to sharing his passion for health and fitness.

In 2013 Colin suffered a minor stroke, this resulted in a period of reflection and rehabilitation. For a short period of time he did not have full sensation or control of his left hand and face, including a mild speech impediment. Whilst unable to train as he used this period to improve his academic knowledge and training, earning his Functional Movement Specialist and Precision Nutrition qualifications in this ‘down time’. One heart surgery and 12 months later he was able to return to his previous levels of training (actually going on to surpass them!).

As you would expect from an Engineer, his approach to health and fitness is methodical and based on proven techniques and principles. In an industry which is constantly on the search for the next fad to separate people from their money, Colin provides a training system supported by science and proven athletic success.

Colin knows that knowledge and understanding in fitness are not static and so maintains membership of various professional bodies to ensure his own professional development. These include the UK Strength and Conditioning Association (UKSCA), the UK Sports Coaching Certification body (UKCC), and StrongFirst.

He is one of only two people in the UK (and the only in Scotland) to hold the StrongFirst Level 2 (Kettlebell), Barbell and Bodyweight instructor certifications. 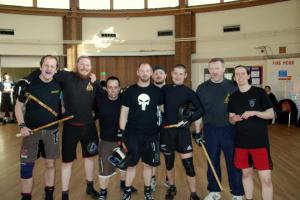 Having led a varied life that has included being a student, nightclub bouncer (got to pay the rent!), aircraft technician, office worker and house-dad, Colin understands the various different pressures and constraints that can be barriers to health and fitness. This wealth of experience has allowed him to help a large number clients.

Colin is also the co-Director of Kidpower UK, a not-for-profit organisation that teaches people of all ages and abilities people safety skills. 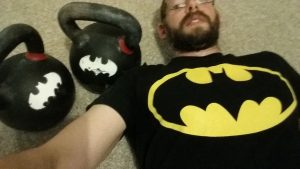 He has recently introduced his seven your old son to the joys of Batman cartoons and still harbours a secret ambition of becoming the Dark Knight.